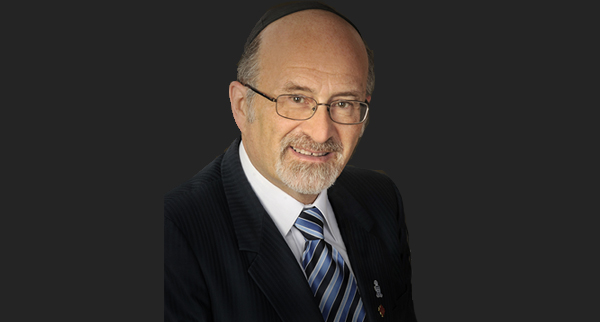 Candour should be in ample supply among our leaders.

Rabbi Dr. Reuven P. Bulka has been a rabbi in Ottawa since 1967. He was ordained in New York in 1965 and received his Ph.D. degree from the University of Ottawa in 1971. Rabbi Bulka’s extensive media and literary work includes hosting the TV series, In Good Faith; being a columnist with the Ottawa Citizen’s “Ask the Religion Experts”; authoring and/or editing more than 35 books; founding the “Journal of Psychology and Judaism”; and hosting a radio show on CFRA, “Sunday Night with Rabbi Bulka”. Rabbi Bulka chaired The Trillium Gift of Life Network, from 2007 to 2018. He served as co-president of the Canadian Jewish Congress, is Honorary Chaplain of the Dominion Command of the Royal Canadian Legion, and a member of the Interfaith Committee on Canadian Military Chaplaincy. He has also been deeply involved with the Ottawa Regional Cancer Foundation and United Way, is founder of Ottawa Kindness Week, and founding President/CEO of Kind Canada Génereux, as well as being a blood donor 369 times. He was appointed to the Order of Canada in June, 2013.

The congregation asked me to take my father’s place

I grew up in the Bronx, New York and my father, who was a rabbi, had a serious heart attack when I was 16. He was prescribed bed rest for six months and the congregation continued to pay him through those difficult months. However, they could not afford to pay for two rabbis, so the congregation asked me to take my father’s place. I did the teachings and the sermons. At that stage I could not do funerals and weddings because I did not have a licence. Being just 16, the good thing was I got a pass when I messed up and, after a while, I found I had developed a taste for the rabbinate.

The City of Ottawa wanted our land

I got my rabbinate degree in New York, met my future wife, and applied for a job in Ottawa with a small congregation of about 90 members. Our synagogue was downtown and the City of Ottawa wanted our land, for development purposes. I had been offered a job in Seattle, Washington, at that time, though we had no real thoughts about moving. I promised myself and the Ottawa congregation that, if we were expropriated, I would stay to manage the transition. In the end the City did buy the land, we stayed, and I have been here ever since.

I was always open to new opportunities

We built a new synagogue which thrived and grew to over 500 families and I started to involve myself in the community and my continued education. I completed my doctoral thesis for my PhD on Logotherapy. Viktor Frankl, the originator of Logotherapy, and the author of Man’s Search for Meaning, became a very good friend.

I was always open to new opportunities where I could get to know people and where I could build relationships, within the Jewish community as well as in Ottawa and across Canada. Being open, curious and willing, led me to a wonderful range of activities from media work, to fundraising, to military chaplaincy, to palliative care.

If your faith informs your actions, then it is legitimate to speak up

Early in my career, I had decided that the faith community deserved to be represented in the public arena. In 1987, when Prime Minister Brian Mulroney was drafting the Meech Lake Accord, I was unhappy with the prospect of Canada breaking up. So, I composed a prayer for unification and distributed it to 30,000 clergy across the country for them to recite at their services.

After I spoke up, around the time of Meech Lake, I got chastised by a political leader in Quebec who said, “Religion has no business in the politics of the country”. I disagreed and said, “Who are you to tell people to shut up because of their faith? If your faith informs your actions, then it is legitimate to speak up and it should not be hidden”.

Faith makes leaders stronger if it is genuine

Everyone goes through ups and downs in life and may wonder if it is all worth it. A person imbued with genuine faith does not look at it from an egocentric perspective, seeking fulfilment and being narcissistic. They look at it knowing that their life’s obligation is to leave the world a better place. The way to do this is by giving of yourself. Your faith can keep you focused and prevent you descending into despondency.

My wife and I lost our son at 2 months

Perseverance is a key element in leadership and life. In 1976, my wife and I lost our son at 2 months. I wanted to do something in his memory so I worked on a commentary of a book from the Talmud. My manuscript got rejected by dozens of publishers. I could have thought “It is not meant to be” but I persevered and got it published and it has now been reprinted a number of times. “It was not meant to be” is a mantra that can make you feel omniscient. If you have a good idea, I say, go for it and keep going until you have succeeded or exhausted all avenues.

Nobody lives a life where they do not have situations that challenge them. If you have right on your side and you are convinced that what you are doing is necessary and important, I tell people to never give up.

It is the right thing to do

Years ago, we demonstrated outside the Soviet Embassy to protest the Soviet Union’s treatment of Soviet Jews. We had no idea whether what we were doing was working or hurting the situation. People asked me why we should continue and I said, “Because it is the right thing to do”. Much later, we discovered that we were constantly watched and everything we did had an effect. The global protests fuelled the decision to open the gates to religious freedom in the Soviet Union.

Do not think you know everything

If a person disagrees with me, I am extraordinarily happy that they feel able to voice their dissent. I do not take it personally. As much as it may hurt, it does not mean that I let their criticism get to me. As you get older, you mature, your perspective changes and you are better able to withstand the heat. Our society does not always welcome feedback from others, because we suffer from partisanship.

I remember when I started working on TV I had a great producer called Bob Wilson who would constantly tell me what I was doing wrong. I loved it. He would tell me when I was slouching on camera, for example. He helped me become a better presenter and interviewer but I had to listen to him with the right attitude.

Do not think you know everything; you always need the help and advice of others, even if it comes in the form of critical feedback.

Take your life seriously; do not take your self too seriously

I was pretty young when I started in the rabbinate. At the age of 23, I already had seven years of experience which was crazy. I was so fortunate that I had my father to help guide me.

Now, when I meet young people, I give them advice based on my experiences and my learnings from my father. Take your life seriously; do not take your self too seriously. Understand that life is bigger than you and subordinate yourself to the greater good. Learn from your mistakes, throughout your life. Take advice from others and share with others. Try and “propose” and not “impose” whenever you can.

You have to win the day with arguments that persuade Canadians

I am involved, very deeply, in the issue of medically assisted dying. I am frustrated with the way it is going, because the idea that we should dispense with people so summarily goes against my views. I understand the situation though as it is enshrined in the Canadian Charter of Rights and Freedoms.

I know you can not convince anyone on a religious level because Canada is a country made up of Canadians who are not necessarily all religious people. So, you have to win the day with arguments that persuade Canadians and not look at things from a religious or secular perspective.

The only way we can win this argument is by championing the alternative and making sure it is viable. For me, the alternative is palliative care, where we try to nurture everyone in a loving, compassionate way until their final minute.

Have someone in your life who really cares and listens

Love and balance at home is so important because it anchors you. Have someone in your life who really cares and listens. Have people in your life you can turn to if you have issues. People can become totally detached from reality if they are not anchored at home.

Having humility is about being able to listen, being patient and understanding and being non-aggressive. If you follow a path of arrogance you will go nowhere. There are people who make it by being bullies but love and humility work best in all situations from leadership to marriage, from parenting to politics.

Leaders should make decisions with the right attitude

Courage is when you put your life on the line. Sometimes I have drawn a line in the sand and said, “This is my view. If you go in the other direction, that is up to you. I will not be with you”. I never say it to force my opinion, just to provide clarity in the conversation. By being candid, I have had less reason to do anything courageous.

Candour should be in ample supply among our leaders. Not every leader makes decisions we all agree with, but leaders should make decisions with the right attitude.

Without compassion you are sunk. It is impossible to be a rabbi, for example, without it. If the people you interact with feel you do not really care then you cannot be a successful leader. There is a downside, of course, as being compassionate can be emotionally draining and lead to burnout and depression. I was lucky because I had a loving home and I was always busy with so many different endeavours.

I could not have imagined my life

I am still hoping to do a little bit more, without being greedy.