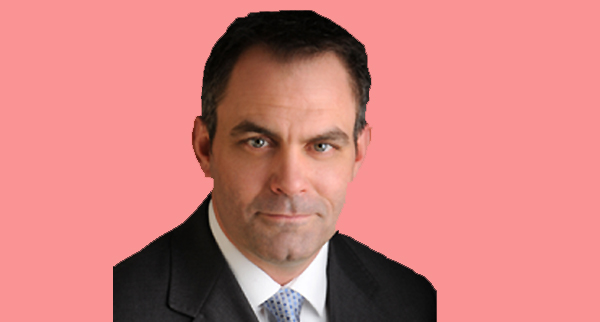 You need to behave as if the enemy is always watching

Colonel Mark Gasparotto retired from the Canadian Armed Forces in 2017 as a highly decorated 20-year veteran. Mark served in key leadership roles in international hotspots such as Bosnia, Afghanistan, and Haiti. Concurrent to his military career, Mark earned a Masters of Defence Studies, and a Master of Arts in Leadership. He is a co-author of Clearing the Way: Combat Engineers in Kandahar—now an award-winning documentary film. He was thrice decorated in uniform: once with the Meritorious Service Medal for his actions under fire during Operation Medusa in 2006, and more recently with another Meritorious Service Medal and a Brazilian Army Medal for his senior leadership role in the United Nations multinational peacekeeping force in Haiti. Mark is president of the Gasparotto Group, which provides organizations with pragmatic leadership solutions through leadership development, keynotes, and consulting.

I was often the ringleader for some sort of high jinks

As a young boy I was always getting into trouble. I was often the ringleader for some sort of high jinks – shoplifting or general pranks. I used to organise soccer teams with my friends at school – so my leadership skills emerged at quite a young age – sometimes for good, sometimes for bad.

My parents provided a safe place for me to experiment and try things. When I got into trouble, there were significant consequences, though they were very forgiving and often came to my rescue.

Until I was older, I under-appreciated my parents. My dad was very quiet; my mum was a more active parent. Most of their lessons were implicit. Dad was a lawyer – a civil litigator – and a, sometimes, criminal lawyer for his son; mum was a French teacher in my high school.

I was never the best player; I was the most organized

I was captain of the high school soccer team and one of the co-captains of the football team. Those teams provided me with an opportunity to practice leadership. I was never the best player; I was the most organized. I had an ability to connect the dots, create a plan and execute the plan.

After High School, I went to Waterloo University for Co-op Engineering program and nearly flunked out of my first year. At high school everything had been easy for me – sports, getting good grades, making friends – which gave me an attitude. After my first year at Waterloo I realized I was smart but not a genius. I also found, while I had been a good high school football player, I was going to get crushed on a varsity team. I went from being in the spotlight to being the grey man.

The Army gave me a great understanding of leadership

I had a good experience at Waterloo and decided I did not want a job in construction or architecture so, on graduation, I joined the Army.

The Army gave me a great understanding of leadership which is not available to all leaders. In order to truly learn from your experiences, I was taught a four-part model [Experience – Reflection – Theory – Experimentation] where no opportunity to learn is wasted, which has served me well.

Retired US General James Mattis said when you get to a certain level you are dealing with things so complex your experience does not give you enough insight. You can gain experience by reading about what others have done, in similar circumstances which allows you to broaden your perspective. In the military you learn the “How” and the “What”, not necessarily the “Why” which led me, some years later, to do a Master of Arts in Leadership at Royal Roads University to understand the theoretical underpinnings.

The beauty of a military career is it is steeped in education, training and opportunities to apply the learning.

Two of my grandparents were in the military, on opposite sides

Two of my grandparents were in the military, on opposite sides. My mother’s father fought in France with the British in WW1 and then became a merchant marine in WW2. My father’s father drove a tank for Mussolini’s army in Yugoslavia. Perhaps because of them, I was drawn to the Army. As a soldier, you get to do some crazy things which are not options for civilians. I loved being part of a team and being of service, so the army was a natural fit for me.

It is easier to leave than to come back

Being away from the family due to military deployments was tough. I was deployed to Bosnia (2001), Kabul (2003), Kandahar (2006) and Haiti (2016) which created a distance between myself and my girls. After Haiti, it took me a year or so to fully transition back into the family unit. It is easier to leave than to come back.

During those deployments, my wife took on the role of primary parent. I have started to rebuild my role as a father since leaving the army a few years ago and I now live at home. I was a guest in my own home for the last three years of my military career and my engagement as a parent was superficial.

My children are, without a doubt, my greatest leadership challenge

When my daughters were born, my mum told me my biggest role as a parent is to provide my kids with roots and wings. Keep them grounded and give them the freedom to live their lives to their full potential.

My children are, without a doubt, my greatest leadership challenge and there have been some spectacular failures on my part as a parent. I am a very analytical person and my daughters, who are now in their teens, have tended to trigger the limbic part of my brain. So, when I am presented with a “Flight” or “Fight” option, I immediately switch to “Fight”. This is helpful in combat, not always helpful in parenting.

In order to survive in a combat zone, you need to be vigilant, hyper-vigilant. Many soldiers struggle to turn off this vigilance when they get home. Adrenalin is meant to be short-lived and when it is constantly coursing through your veins it does physical damage. Hyper-vigilance is one of the markers of Post Traumatic Stress Disorder (PTSD). I do not suffer from PTSD though I am challenged with a very quick adrenalin spike so my “Fight” reflex is strong and instinctive. I am challenged by this reflex action more frequently than I would like.

“Dad, sometimes I am afraid of you”

As a parent, I have had to learn to control my anger. I was never physically violent but I scared my kids when I was completely “in the black”. It prompted me to get professional help for an intervention. My eldest once said, “Dad, sometimes I am afraid of you”, which is a critical failure of my parenting. The memory lingers and it has taken me time to overcome.

A psychologist pointed out, I spoke in future-oriented language – contingency plans, preparation etc. though my girls, in those days, lived in the moment. The disconnect was based on those different perceptions of time so I had to learn to “be present”.

Surrounded by extreme poverty, I could not stand to waste food

Another great challenge, coming off active service, is context or perspective. In Haiti, surrounded by extreme poverty, I could not stand to waste food. When I returned to North America, where we live in abundance, I was distressed and angry at how we lived. I had to learn to change my response from delivering sermons to becoming an educator.

I also feel uncomfortable when I can not clearly communicate. In Haiti, I was Chief of Staff for the multi-national military force which was part of the UN group. Although we operated in English I had to brief the Haitian president and his cabinet in French, which is my second language. I felt a lot of discomfort because of the language challenges around the table. How could I be sure I was being understood and we were all on the same page?

You need to behave as if the enemy is always watching

During training, a sergeant once caught me sleeping in a trench and, after reaming me out, said “Lieutenant Gasparotto, you need to behave as if the enemy is always watching. It will keep you alive. We train you to behave a certain way because someone has learned that lesson, probably in blood.” Armed with the wake-up call, I went on to be the top soldier in basic training because I worked hard, not because I was naturally good. I utilised my gifts to their fullest potential.

When you join the army as a young officer you are paired with an experienced non-commissioned officer. You bring your theoretical foundation which is meshed with their experience and for me to learn from someone like that was a gift.

You are not the leader I thought you were

At High School I captained the wrestling team and one of the wrestlers said to me, “Mark, you are not the leader I thought you were. I used to think you cared and now I see you as someone who does not.” It hit me hard. I reflected on it and I changed my behaviour. It was a pivotal moment.

Another time, there was a peer ranking at part of my military training. To my surprise, I was ranked in the middle third and a lot of it had to do with my attitude, thinking I was better than I was. I sometimes took unnecessary risks and perhaps got too cocky when I succeeded. That peer ranking was another wake up call for me.

I believe intellect is a significant attribute of leadership, just like spirituality and a common touch. Great leaders communicate their experiences for other leaders and for future generations. One of the best ways to do this is the writing process when you learn to write, refine and edit your words and thoughts.

I learned a lot about leadership by watching politicians like Mulroney, Chretien and John F Kennedy and from reading about the experiences of military leaders such as Sir Arthur Currie, Field Marshall Bernard Montgomery, Field Marshall William Slim, and retired US General Stanley McChrystal.

I am energized by intellectual conflict

Humility is tremendously important to a leader. You can be the smartest person in the world; without humility you can be doing things for personal benefit, or you may be hurting others. Humility is grounding and helps you connect with others. As a young man I was not terribly humble but I have evolved.

I have strong opinions, loosely held. Because I am willing to say “sorry” or “I do not know” it engenders trust which helps when you have a violent debate of ideas. Humility means the debate is not personal. I am energized by intellectual conflict and that dialectic is where I feel most energized.