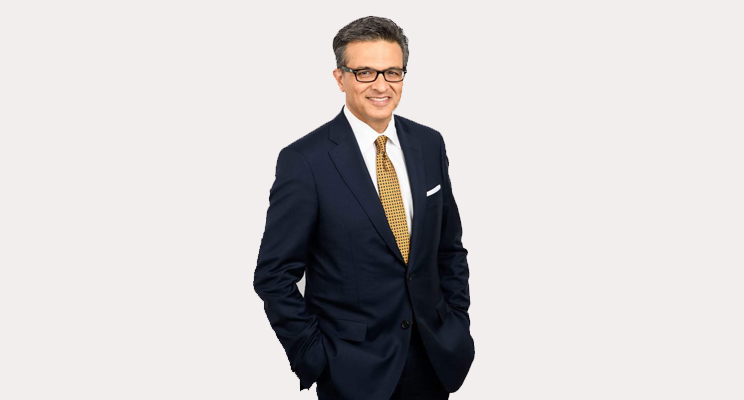 Success will be yours. Failure will be mine.

President and CEO of the Business Council of Canada

Goldy Hyder is President and CEO of the Business Council of Canada. The Council is a non-profit, non-partisan organization representing the chief executives and heads of 150 leading Canadian businesses, employing 1.7 million Canadians. Prior to his current role, Goldy was President and CEO of Hill+Knowlton Strategies (Canada). He also served as Director of Policy and Chief of Staff to the Right Honourable Joe Clark, former prime minister and former leader of the federal Progressive Conservative Party. Goldy serves as chair of the Ottawa Senators Foundation, vice chair of the Asia Pacific Foundation of Canada’s Asia Pacific Leaders Advisory Council and as an executive committee member of the Century Initiative. He holds a Bachelor of Arts in Political Science and a Master of Arts in Public Policy from the University of Calgary. Goldy lives in Ottawa with his wife and family.

My family immigrated to Canada from India when I was seven and we landed in Calgary. I always tell people we are the luckiest country in the world. We have one border and water all around us. We have every natural resource you can possibly imagine, from British Columbia to Newfoundland. We are only using 13% of our arable land. We have a multicultural society, rule of law and democracy. But we act like we are a country that thinks it has hit a triple when, in reality, we were born on third base.

We are on a burning platform. All around us you can see unfulfilled infrastructure needs, eroding quality of healthcare, a developing brand that we cannot build things and the certainty of impending demographic challenges. We have interprovincial trade barriers, massive unconsolidated debt, 13 national securities regulators and an inability to build nation building infrastructure.

Imagine if hypothetically all countries are asked to list on the stock exchange. Imagine Canada’s spec…it would include the strategy, the fundamentals, the executive team, the operational plan etc. If you read Canada’s prospectus, you might buy Canada stock but odds are you would short it. You certainly would not hold it. We need to change that.

“What did you do for our country?”

I ask people, “Do you care enough about the country to set aside your interests and put national interests above all else?”.

My purpose, as leader of the Business Council of Canada, is to build a better future for my daughters and my country. I challenged our 150 members to answer a hypothetical question from their grandchildren one day, “Grandma/Grandpa, what did you do for our country?”. It is not enough to do mergers and acquisitions, double margins and even donate to a cause. This is expected from our business leaders. We have to do much, much more.

A learning moment for compassion, humanity and decency

Growing up, one of first leaders I learned to respect was my dad, who took a risk (along with Mom) and crossed the ocean with $28 in his pocket. He and Mom grew an insurance business from one file to 15 locations.

My dad has been a great mentor to me. I remember talking to him about an acquisition I had negotiated. I was so proud of the deal – I could not have structured it any better. Instead of validating me with his admiration he said, “You need to go back and change the deal”. I replied, “Better than this?”. “No”, he responded, “Always remember the other guy has to eat too. This guy will not be able to make money and will not survive. So, change the terms”. At first, I was shocked, though soon I was filled with pride and I understood it as a learning moment for compassion, humanity and decency.

When everybody is going one way, go in another direction

Another lesson from my dad was when everybody is going one way, go in another direction because you will find opportunity before anybody else. When I went to work for Joe Clark in Ottawa I moved to a city where I knew no-one, I took a pay cut and I went on a national campaign, 24/7, leaving my wife and three kids alone. At the time, the conservative movement was going toward the Reform party so I was really swimming against the current.

One of the things I learned from Joe Clark was it is OK to lose on principle. If you stand by your principles, you do not have to compromise who you are.

I experienced racism growing up

Because I was an immigrant and a visible minority, I always felt like I had to work a little harder than anyone else. I experienced racism growing up and I have a scar on my hand from 64 stiches which reminds me, every day. I think handling adversity built a lot of my character and resilience.

One of my early failures was trying to organize a conference when I was in Grade 12. I thought good fortune and past success would make it happen but it was a big bust. Turns out, getting bums on seats in a high school gymnasium on a Saturday is not easy. I learned I needed to do my homework and work much harder. That failure had a long-lasting impact on me.

I was captain of most of my sports teams, president of the school students council, and on university student’s union. To start with, I did not seek out those roles. I just led by example, worked really hard and inspired others, I think, to do the same.

My natural style is to be collaborative

Confidence is critical to successful leaders. It has to be one of your anchors. It may be shaken when things do not go well, but it can not be lost. Your confidence should not be so great you do not allow yourself to be challenged. The Command & Control model has never really been my way. My natural style is to be collaborative which may come from my cultural and familial background. We are gregarious, social, interactive and enjoy being part of a big community. We like to hash things out! Building relationships and by extension, networks, is part of my upbringing. It was always about people.

We need to work together to save Canada

When I took on this role, one of my first meetings was with a national union leader. It turns out we are both Muslims so we share a common bond. I said, “We need to work together to save Canada. So, let’s identify things we agree on and a the things we disagree on”. There was a long list of things agreed on and only a few things we disagreed on. We agreed those few things should not prevent us from working together in the national interest.

From an early age, I was attracted to people who are charismatic, people who led by example. I wanted to learn as much as I could from them.

I think you have to have a willingness to invest in people, to make them the best they can be. I tell employees, if I want you here for your entire working life, my job is to work as hard as I can to give you every reason to stay here. If someone leaves for a better role, in a different industry, I can be proud we helped them get there.

He taught me the power of questions

The same boss, who has had a huge impact on my career, molded and shaped me into the leader I am today. He had great vision and he gave me a lot of support and encouragement. I think he saw I could bring people together; I could handle adversity; I was driven to learn and improve. He was a terrific listener and he taught me the power of questions, curiosity, constant improvement and welcoming feedback.

Success will be yours. Failure will be mine.

I do not take the credit for who I am. I give it to the people who made me and I am trying to pay it forward to the people I mentor. One of the things I said to my successor at Hill+Knowlton was, “Do not screw it up. Because if you screw it up, it is on me. If it goes wrong it would mean I did not give you the chance to succeed. Success will be yours. Failure will be mine.”

EQ is becoming central to leadership

A truly effective leader needs to master the skills of listening, collaboration, understanding the needs of a wide community of stakeholders, taking the long-term view and Emotional Intelligence (EQ). Many leaders are heavily IQ-based; they are all about the facts. I think EQ is becoming central to leadership. It does not mean throw the data out – the facts will always matter – it means finding the balance between the data and EQ.

Widen the tent of people you listen to

I have confidence in the collective wisdom of the public. Give them the opportunity to discuss, debate, and yes, disagree, and they will usually give you the right answer. So, trust Canadians. If you reach out to people and listen to them you will get greater value than listening to the echo chamber of shareholders, investors, customers and employees.

I learned more from the millennials in Hill+Knowlton than I ever did from the seasoned, smart people who at times were married to old ways. The younger generation does not have much patience. It does not mean I do what they tell me to do; it does mean I am listening, aware of their ideas and bringing them into the discussion. My advice is to widen the tent of people you listen to and pick out people who will disrupt your thinking.

Be who you are

Years ago, I was chatting with a friend who was a business executive and I asked him, “What is leadership, Peter?” He thought a long time before he answered and he said, “This may surprise you; I think Pierre Trudeau was a great leader”. I joked and said, “Whoa, we are in Calgary. Keep your voice down. Why would you say that?”. He told me Trudeau did two things really well. Firstly, he had clarity of vision which meant he could simplify a message to something that would fit on a button. His message of a “Just Society” helped people have a vision for our country. Secondly, as smart as he was, he went out of his way to surround himself with smarter people.

I meet a lot of young Canadians and I tell them life is way too short to pretend to be someone else, or to live someone else’s life. The one piece of advice I give everyone is to “Be who you are”.