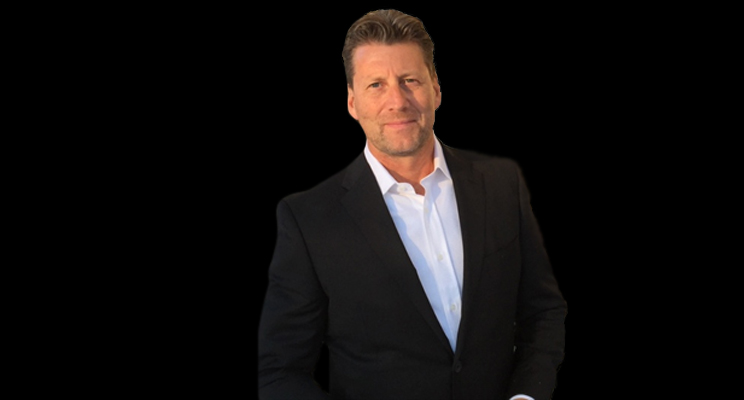 Learn the discipline of following your own intuition.

Peter Strom is the President and Chief Executive Officer of March Networks. Under his guidance, March Networks has grown from a start-up to a leading provider of intelligent IP video solutions with more than US$100 million in annual revenue. Prior to joining March Networks in 2003, Peter served as President and CEO of Gyyr, Inc., a California-based video storage manufacturer. Before Gyyr, Peter held positions at Mosler Corporation, Sensormatic Corporation and Honeywell International. Peter lives in Ottawa, Canada and is a graduate of the Institute of Corporate Governance (ICD) from the Rotman School of Management in Toronto. He also holds a B.A. from McGill University and an M.B.A. in International Business from Concordia University. A native of Sweden, Peter speaks Swedish, English and French.

My teachers were perplexed because I said very little in class

We emigrated from Sweden to Sherbrooke, Quebec, when I was eight years old. Sherbrooke was primarily a French-speaking city so I had the challenge of having to learn both French and English when I arrived. At first, my teachers were perplexed because I said very little in class. When I finally felt comfortable in English, however, they could not shut me up.

I always wanted to pursue a career in international business

I did all of my university studies in Montreal, completing an undergraduate degree at McGill and an MBA in International Business at Concordia. I always hoped for a career which would allow me to see the world. I was recruited from my MBA school by Honeywell – a Fortune 50 company at the time, with global operations. I always wanted to work in international business and Honeywell selected me to run a small team at a branch office in Houston, Texas. It was a great place to start my career but after two-and-a-half years, I realized I needed to be in a younger, more dynamic environment.

It was an exciting place to be

Realizing I needed to take control of my career, I approached Sensormatic, a leader in anti-theft tagging technology, based in Boca Raton. At the time, they had 32 consecutive quarters of growth, and it was an exciting place to be. The employee base was very young and the company was really going places. Sensormatic was a key sponsor of the 1996 Atlanta Olympic Games, and I was lucky enough to be selected for the Olympic Marketing team.

In that role, I met executives from other sponsor companies and I approached our CEO with the idea of launching a global account program and becoming the global supplier to these partner companies. He loved the idea and sent me off to develop the program. The program was very successful and we did $25m to $30m in contracts in the first year.

Our meeting was pure serendipity

I accidentally bumped into the CEO of one of our largest resellers, Mosler Inc., a global leader in banking security, in a hotel lobby. He apologized to me in a thick French Parisian accent. When he found out I was with Sensormatic, he went beet red and said very sternly, “I got to talk to you”. He berated me about how we had created channel conflict and were selling direct to his customers. When I responded in French, he calmed down a little and agreed to meet the Sensormatic CEO the next day. Unfortunately, the Sensormatic CEO did not show up for the meeting and I thought this guy’s head was going to explode. Boy, did he tear into me about our company! There was nothing I could do – just stand there and take it.

A month later, the same guy calls me. When I saw his name on the phone, I was thinking, “Oh boy, here we go again”. Instead of yelling me, however, he offered me an International VP position saying, “I really liked the way you dealt with me because I can be a real *** hole”. It turned out to be a perfect career move and our meeting was pure serendipity.

You have to learn the discipline of following your intuition

I spent a couple of years with Mosler before moving on a CEO position with a Californian company called Gyyr. I spent four years turning around the company before we sold it to a Canadian company. While I was looking for my next gig, I was offered a CEO position with a Swedish company based in North Carolina. While I was enroute to meet the Chairman and accept the job, a freak snowstorm hit and I was stuck on the highway. My car phone rings and it is Terry Matthews, “Would you like to come back to Canada and run March Networks?”

Terry Matthews is famous for saying everything in life is about timing and he was right. If that call had happened one hour later, I would be living in North Carolina. The lesson I learned is that you have to be lucky and smart enough to realize you are at the right place at the right time. You have to seize those opportunities as they come along. You have to learn the discipline of following your intuition – I think it is something you acquire and develop with age and wisdom.

My leadership style has changed a lot in the sixteen years I have been leading this company. Early on, I really had to be hands-on in a lot of different areas, particularly in terms of business development, product management and the strategic roadmap.

As the company grew and expanded globally, we brought on more experienced executive talent who could scale the business. Over the years, we have probably gone through two or three different cycles in terms of executive management talent, based on their ability to scale up. One of the most difficult things to do as the CEO is to identify the skills needed by the executive team and make personnel changes, particularly when the company is doing well. Today, we have a world-class executive team and I spend less time on day-to-day activities and more time looking five years ahead, trying to anticipate where the markets are going.

For the most part, our executive meetings are very effective and people play their positions well. However, we do have our share of disagreements. Generally, if I find there is a constructive discussion going on around the table, I prefer to let the discussion continue and not step in. I prefer the team reaches a consensus on its own because then everyone owns the decision. If I find discussions are counter-productive and becoming a finger pointing exercise, I will step in and drive a decision.

You have to trust your people know what they are doing

If you have the right people in place, the role of CEO is much easier. I strongly believe you are far better off hiring the smartest people who are experts in their fields. You have to trust your people know what they are doing and are acting in the best interest of the company. My job is to make sure our corporate strategy fits the market, our product strategy fits where we need to go, and the organization can support the strategy.

We have got a lot better at recruitment. We used to spend a lot of time looking at professional credentials on a resume and less time considering the cultural fit. The result was we probably made some hiring mistakes. These days, we spend more time evaluating people’s personalities. Are they collaborative? Will they work in an environment where there may be some dissent? Can they handle themselves? Do they have true leadership skills? Can they make their team better?”. We emphasize this with all the hiring managers. I think we have a good, informal culture at March Networks and I have an open-door policy. I want to make sure we hire people who can work effectively in our culture.

I often ask in meetings, “Who owns this?”

A key attribute I want to see in people is the willingness to take ownership. If things are not going well on a project, I want leaders who are going to lose sleep because they care and want to improve their performance. I think, taking ownership of something is a personality trait. Quite often in your career, you meet people who will do everything to avoid taking ownership. It does not mean they are bad; it just means they have a different skill set and different traits. I often ask in meetings, “Who owns this?”. I better see some hands go up.

At the end of the day, whatever happens in a company, whatever issues you have, whatever success or failures you experience, it falls on the leader’s shoulders. When you report to a board of directors, you are the one standing there and being accountable for everything. Even when things happen beyond your control or your knowledge. You have to learn to accept the good and the bad and take your medicine. Leadership is tough. When things are going well, you get lots of pats on the back; when they go bad, you have to be prepared to take the arrows.

Although I am CEO of March Networks, I am still a dad when I come home. I have tried to impart some leadership skills to my kids, encouraging them to take risks and letting them fall down and make mistakes. I included my young son in a lot of my business meetings. It was always fun to watch a fourteen-year-old kid sitting in a room of executives, just observing. Now he feels surprisingly comfortable with adults and business leaders. And I think he is a lot more developed at his age than I was. I am an avid reader of The Economist, and I just found out my son now has his own subscription to The Economist. So, I think “Wow, he is way smarter than I was at 18”.

I played almost every sport when I was a kid. I was one of those guys who always wanted the ball in any situation. I loved the pressure and everything good and bad that came with it. I could always rationalize by reminding myself that it is only a game and, win or lose, it will not make any difference tomorrow. The way I handle pressure today draws on my sporting experience as it helps me put things in perspective. I have been known to walk around the hallways and talk to people who are really freaking out. I say, “Guys, what we are doing is important but it is not life or death. We are building video equipment. We are not doing open heart surgery. Keep it in context and we will do the best we can”.