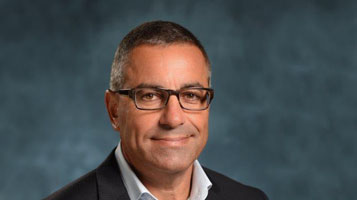 One of the roles of the leader is to simplify complexity

Steve Kanellakos is City Manager of Canada’s Capital, Ottawa. The organization has an annual budget of almost $3.5bn and some 17,000 employees that serve the City’s one million residents. He began his career at the Gloucester Police Department in 1985 and took increasingly senior roles through the City’s amalgamation process and beyond. In 2015, he became City Manager for the City of Vaughan where he led the Council through a transformational process to establish a strategic and financial plan during a time of unprecedented growth and change. He returned to Ottawa in 2017 as City Manager.

It’s much lonelier in the leader role

When I was appointed to the role of Ottawa City Manager I thought there would be very little difference from my previous role in Ottawa. When you are a second in command you assume you can easily transition up, but it’s a huge step, and you don’t realize it until you’ve taken it. The difference is there is no backstop for accountability. I always used to look for someone who could give me guidance. It’s much lonelier in the leader role, and I am much more dependent on the people I work with than before.

A personal philosophy of servant leadership

About three years ago I left Ottawa and took a job with the City of Vaughan, where I was reintroduced to the notion of servant leadership which is something that really resonates with me. It’s about being driven by a deep desire to do the best you can to motivate and inspire people to achieve their full potential. I spent a lot of time orienting to the city of Vaughan, to a culture which I realized was necessary for success in the city and to understanding the power of servant leadership.

When I returned to Ottawa I had an “Aha” moment

My experience in Vaughan guided me in my new role back in Ottawa. Innovation and improvement are our service goals, but we had an environment where innovation, risk-taking, collaboration were all frowned upon. When I returned to Ottawa I had an “Aha” moment as a servant leader. We needed to work on the structure and culture of the organization first, to encourage people to drive the innovation and improvement we were seeking.

If I had moved into the Ottawa City Manager job directly from my previous role in Ottawa, I think it would have been harder to have had success. Leaving the City to go to Vaughan, before coming home, gave me the opportunity to gain credibility. I realize, if I had stayed, City staff would have expected more of the same, which would have made it much more difficult for me to pivot the organization.

I needed to change the organizational structure

Leading an organization as big as the City of Ottawa through a change management process is tough. It became evident I needed to change the organizational structure, because it was the foundation for changing our culture, which was my main objective. I knew the existing structure would reinforce behaviours and the way people interact with each other and would not allow the culture to shift to one of putting the people first. People were invested in silos and had little incentive to work together towards common problems.

So, the new structure was the means to an end.

We started having meetings about setting leadership standards, our values, defining our purpose, how we want to operate. The conversations we have now at our meetings are phenomenal. Everyone contributes. People respect other people’s values and opinions. We have disagreements, of course, they are just not personal.

As the leader, I have to model the right behaviour

We had a very traditional, hierarchical, bureaucratic organization. The role of the City Manager was to be the spokesperson on every file and to know all the details. The challenge is that the leader can’t be an expert in everything from garbage to paramedics to social services.

As the leader, I have to model the right behaviour, so I have moved away from being the spokesperson for everything that is happening in the city. When I chair a meeting, our agendas are much looser, and I do very little talking. It releases people to see their roles in a different way and to bring more value to the table.

Given the complexity we’re working in, making decisions in isolation is a bad way to approach things. It’s fraught with risk. The leader often does not have enough information to make a decision. People overuse the word collaboration though I really value the experiences and opinions of other people. I can form my own opinion on something, but I find I am making fewer and fewer decisions in isolation. I’m making decisions now with the benefit of a lot of really smart people around me.

I have learned the power of asking the right questions

When I came back to Ottawa I thought I had a ready plan. But a friend gave me some great advice. He told me not to make assumptions and, before I started making changes, to talk with people and to listen to what they had to say. So, I started by asking a lot of questions and people started responding. I asked them, “What do you think we need to do”?

It wasn’t always so black and white for me. I used to be somewhat like a tsunami over people – I drove to get things done and did not let things get in my way. These days I have learned the power of asking the right questions and listening.

One of the roles of a leader is to simplify complexity

By asking questions, I’m getting terrific answers and making better decisions. It’s been so enlightening. One of the roles of a leader is to simplify complexity to help people understand things and that’s something I try very hard to do. I see part of my role as a navigator. I help people navigate through the organization, policies, the council, the media, to help them get to where they want to go.

We want to coach and train

Our success rests on the success of our people. Part of my responsibility is to put our people first and ensure they get every opportunity to get ready for the next level of their leadership journey. We are introducing coaching conversations into our performance development and abandoning the traditional performance review. Managing poor performance and coaching are the two of the things our managers do now. You either need to deal with your performance or we’re going to coach you and your evolution as a leader.

Our culture is about putting our people first, fundamentally, and not putting yourself first. We want to coach and train, train and coach, in mass scale. We cannot be successful as a service delivery organization unless we prioritize our people.

The people who fool me the most are the introverts

When I recruit a new leader, I look for someone who can work with people. They must understand how to navigate an organization and manage relationships to get the outcome they want in a positive way. The way people express their thinking is a big clue on how they see the world. The people who fool me the most are the introverts who are strong leaders and have a huge following; they just don’t present that way. It’s not just emotional intelligence, it’s organizational intelligence. I generally know if someone has that within the first couple of minutes of an interview – it’s instinctive now. I’ll compromise on competence; I won’t compromise on people skills.

I’m going out to meet with groups of front line supervisors around the city, as an outreach plan. I like to take the message of servant leadership to the front lines. Sometimes, I leave those sessions discouraged, before I catch myself and realize it’s about sustaining this effort. It’s only been a year-and-a-half and it’s just filtering down to 17,000 people. For some, it will never happen, no matter how hard I try, and I get that. I’ve never believed you shouldn’t do it because it may not be perfect.

If I can get 200 people on board, I can start a big forest fire from this little camp fire.

Coming to Canada was the best thing that ever happened

When I was young, I worked in my dad’s restaurant on Bank Street and Hunt Club. He’s 88 now and we were talking recently about his 60 years in Canada and whether he had any regrets since he and my mum emigrated from Greece. He said coming to Canada was the best thing that ever happened to them. There’s so much appreciation for people who come to this country to find a better life.

I learned a lot about leadership working in his restaurant. I recall that we had an old server who I saw was stealing money from the cash register. Not a lot, just $10 here and there. I was furious and told my dad to fire her. He said, “I know about it” and he said most of the people in the restaurant were there because of her and if she needed a little extra cash, it was OK with him. It taught me to be compassionate and to pursue a bigger dream, a bigger picture.